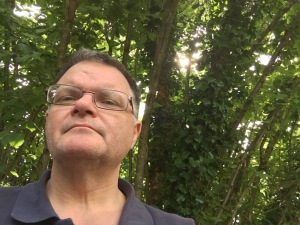 A lifetime ago – well, 13 years or so which is more than twice the lifetime of my youngest daughter – I gave up a nicely-paying career as a journalist, sold my old stone farmhouse in the South of France and became a professional dishwasher.

A plongeur, in French. I soon learned to aspire to the giddy heights of kitchen porter, someone who not only washes up but who is also allowed to do some basic kitchen prep work, some mise en place like peeling vegetables and de-scaling and gutting fish.

After a false start with an aptly-titled traiteur in Nimes (never, ever buy anything from the Delices de St Antoine)I found a plonge in Avignon working for Jean-Rémi Joly; he taught me rigour and precision and accuracy and perfectionism and made me do a CAP cuisine in the l’Ecole Hôtelière d’Avignon (EHA) in Avignon. It’s the basic qualification you do when you become a cook in France – normally full time over two years, I did it a day a week in one year. Anyone can do it, it cost me a few thousand euros – I sold my journalistic careeer BMW to pay for it, since washing dishes doesn’t pay that well. Nor do divorces, it turns out.

I wrote a book, Eat Sleep Cook School! about that year, that very, very difficult year and this site was originally the test bed for each chapter.

Now I teach Professional (cooking) Culture and English Language to would-be hotel and restaurant managers from all over the world at the world-famous Vatel hotel and tourism business school in Nimes.

And, of course, I cook. And write about cooking. And, if you have any questions, I answer them too. Feel free to ask.